Smart glasses are wearable computerised glasses that add information alongside or to what the wearer sees.

Several enterprises have stepped up to contribute to this cool new tech, the latest being Ray-Ban Stories –Facebook’s first pair of camera glasses — which allow wearers to take videos and photos hands-free from a first-person perspective, before uploading them to social media.

Users can also listen to music or take calls with the glasses connected via bluetooth to ones mobile device , These will be available in 20 different styles with both dark and clear lenses. Prices start at $299.

Eight years ago Google released the GoogleGlass which included a camera as well as a display and was hyped as the future of wearable technology. Google suspended sales of its smart glasses in 2015 after complaints that they represented a threat to privacy and a lukewarm public reception.

The main challenge facing this new technology is privacy breaching where people can be recorded incognito.

Matt Simari, a product manager in Facebook’s 10,000-strong AR and VR department, said that Facebook made an “intentional” decision to have the cameras activated in a way that alerts others around them — either by clicking on a small button on the side of the glasses, or via voice command using an integrated voice assistant. “Whenever the video is rolling, a small LED on the side of the glasses will light up to indicate to those nearby that they are being filmed, ” he added.

Even Apple expects to launch its own smart glasses next year, while Snap became the first leading US tech company to unveil AR glasses in May this year, albeit with limited capabilities and to a restricted audience.

The Facebook Ray-Ban glasses will not have an augmented reality display, but Facebook said they were only “the first product” in a “multiyear partnership” as the social network starts building out products for the evolution of computing beyond smartphones.

The future is bright for this emerging new tech given the huge investment and progress made in such a short time. Maybe in the new future these AR gadgets will replace the ” bulky smartphone! “. 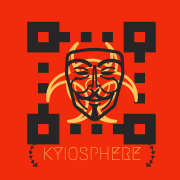 How to Turn off Almost any Smartphone Remotely. Just use this Crazy Simple Trick