Quantum computing is the use of quantum phenomena such as superposition and entanglement to perform computation. Classic computers that are used today only encode information in bits that is 1s & 0s. This restricts their ability. Quantum computing, on the other hand, uses quantum bits call them qubits.

What Is A Qubit ?

Quantum computing uses the qubit as the basic unit of information rather than the conventional bit. The main characteristic of this alternative system is that it permits the coherent superposition of ones and zeros, the digits of the binary system around which all computing revolves. Bits, on the other hand, can only have one value at a time  either one or zero.

This aspect of quantum technology means that a qubit can be both zero and one at the same time, and in different proportions. This multiplicity of states makes it possible for a quantum computer with just 30 qubits, for example, to perform 10 billion floating-point operations per second, which is about 5.8 billion more than the most powerful PlayStation video game console on the market.

While classic computers are very good at calculus, the quantum computer is even better at sorting, finding prime numbers, simulating molecules, and optimization, and thus could open the door to a new computing era. The history of quantum computing goes way back in the 1980s.

On October 23, 2019 Google announced that it had achieved “Quantum Supremacy,” meaning that they had used a quantum computer to quickly solve a problem that a conventional computer would take an impractically long time (thousands of years) to solve. IBM immediately contested this claim, saying that their conventional supercomputers could solve the problem in a matter of days. 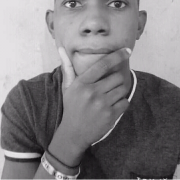 Smartglasses are the Future of communication.

Most Used Passwords In 2019

Metaverse: The next technological epoch is upon us.